The Center for Water Resources (CWR) is a research unit within the College of Agriculture and Food Sciences that is the focal point for faculty research in water resources, the catalyst for developing collaborative projects, and a conduit to recruit undergraduate and graduate students and to reach out to stakeholders. It is a clearinghouse where policy and management decision-makers and the public obtain objective, science-based information on water resource issues impacting the State of Florida, the Southeast, and the nation.

The CWR has a diverse faculty from the disciplines of agribusiness, agronomy, allied health sciences, biological systems engineering, biology, chemistry, civil and environmental engineering, entomology, environmental science, forestry, political science, public health, and soil science. The Center works in collaboration with affiliated faculty from all colleges and schools within FAMU who have expertise in water and related sciences. The Center also works with state and federal agencies, and the private sector.

The Center’s mission is to protect, improve, restore, and maintain Florida’s water resources and reduce water quality problems associated with agricultural practices and other human activities through research, education, extension, and technology transfer. The CWR strives to promote stewardship for managing, protecting and conserving water resources through education, research and outreach activities; mitigate water resource issues and serve as a resource for providing solutions in emerging and current water problems in Florida, the nation and globally. 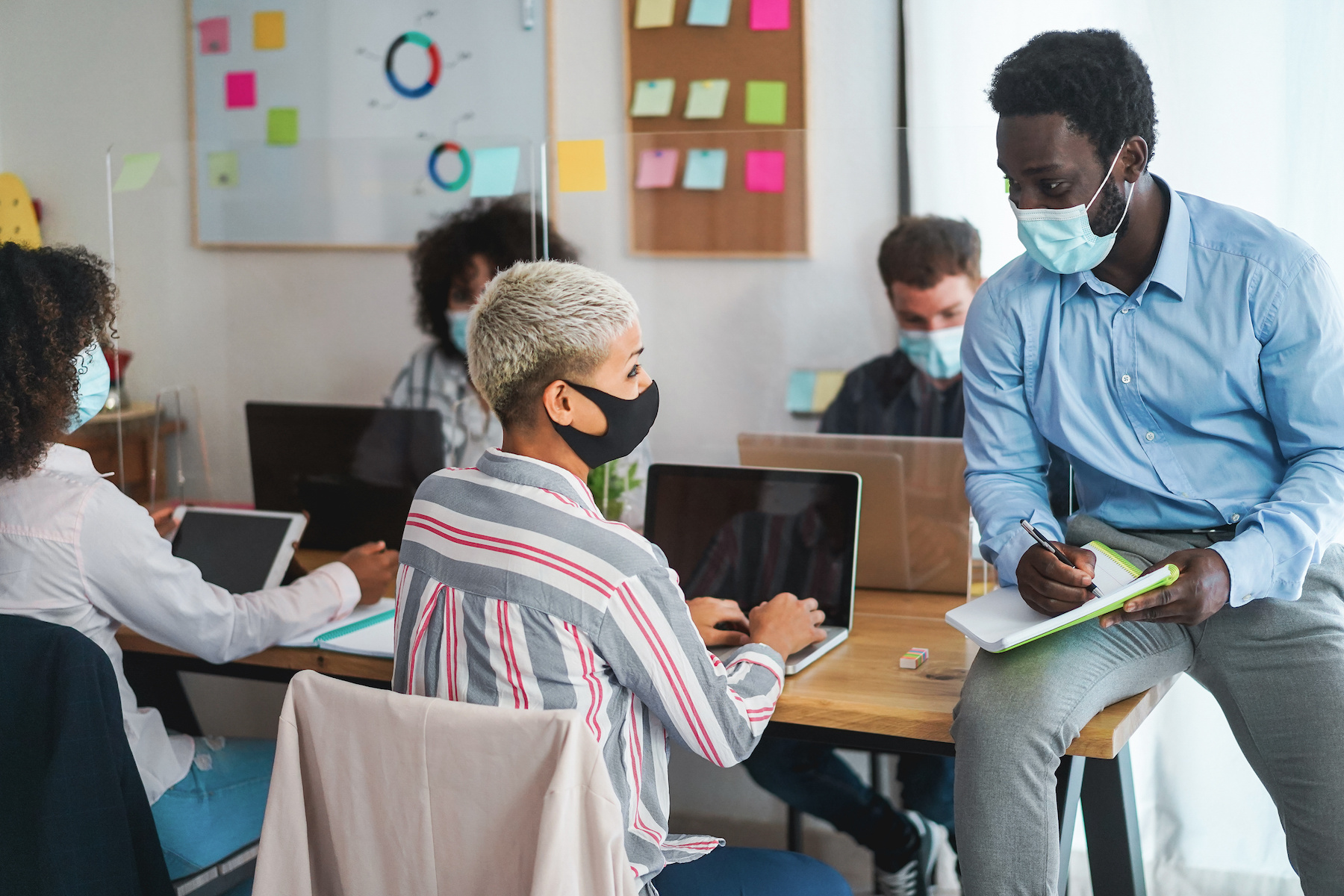 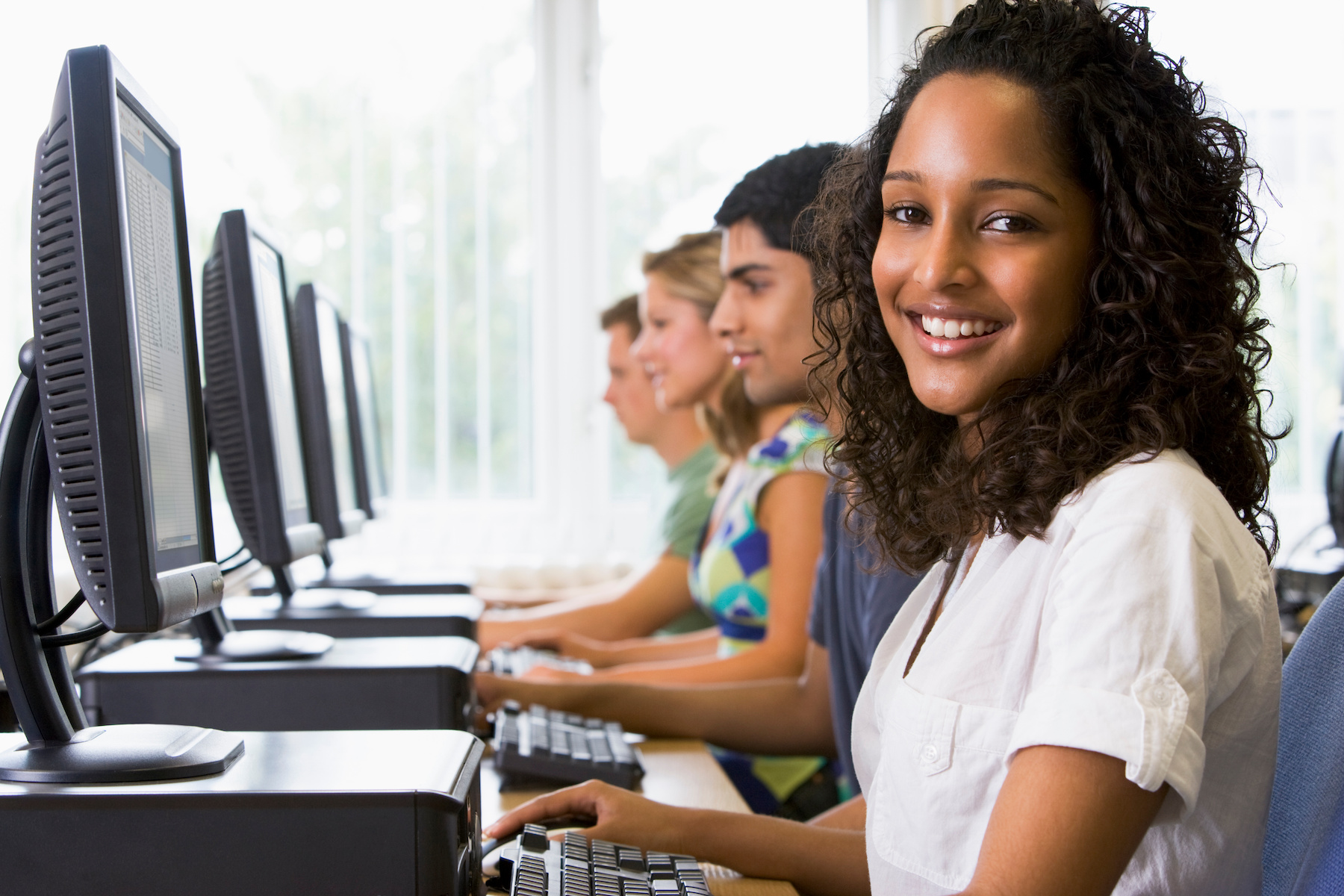 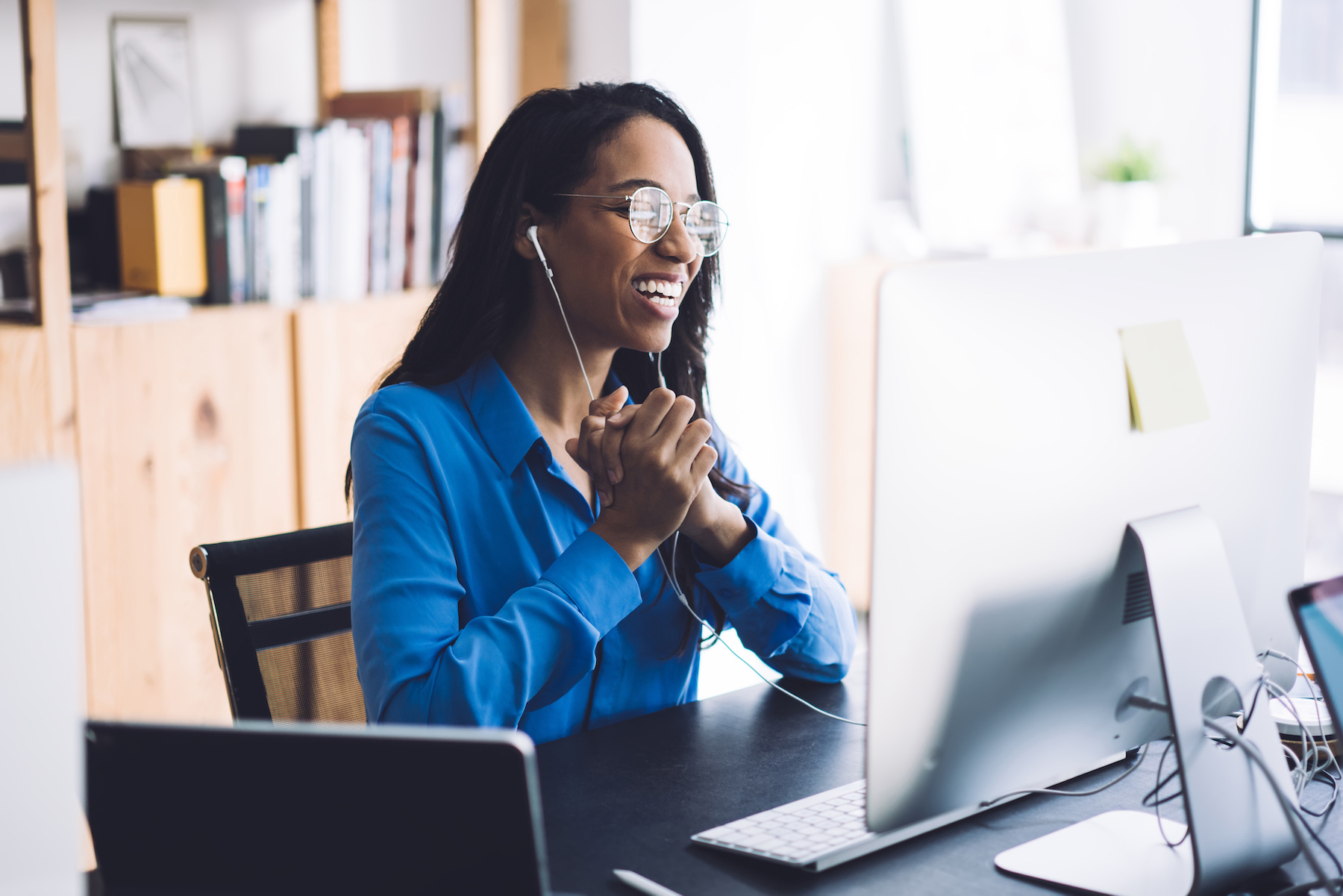 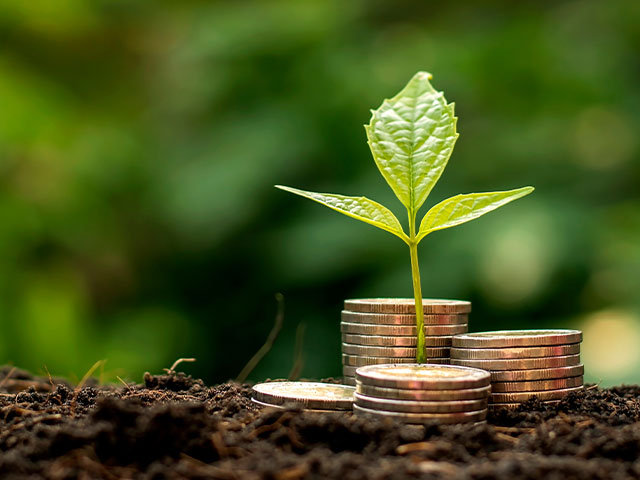 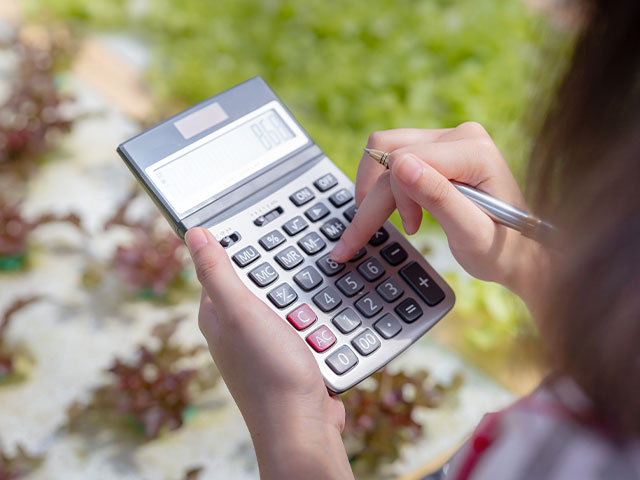 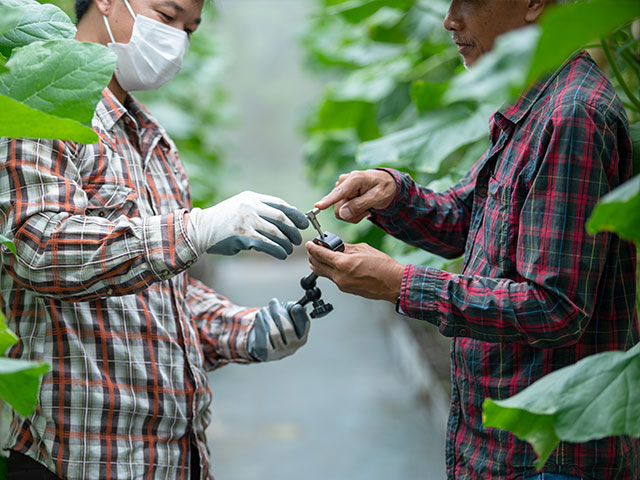 The Center conducts research in the areas of: 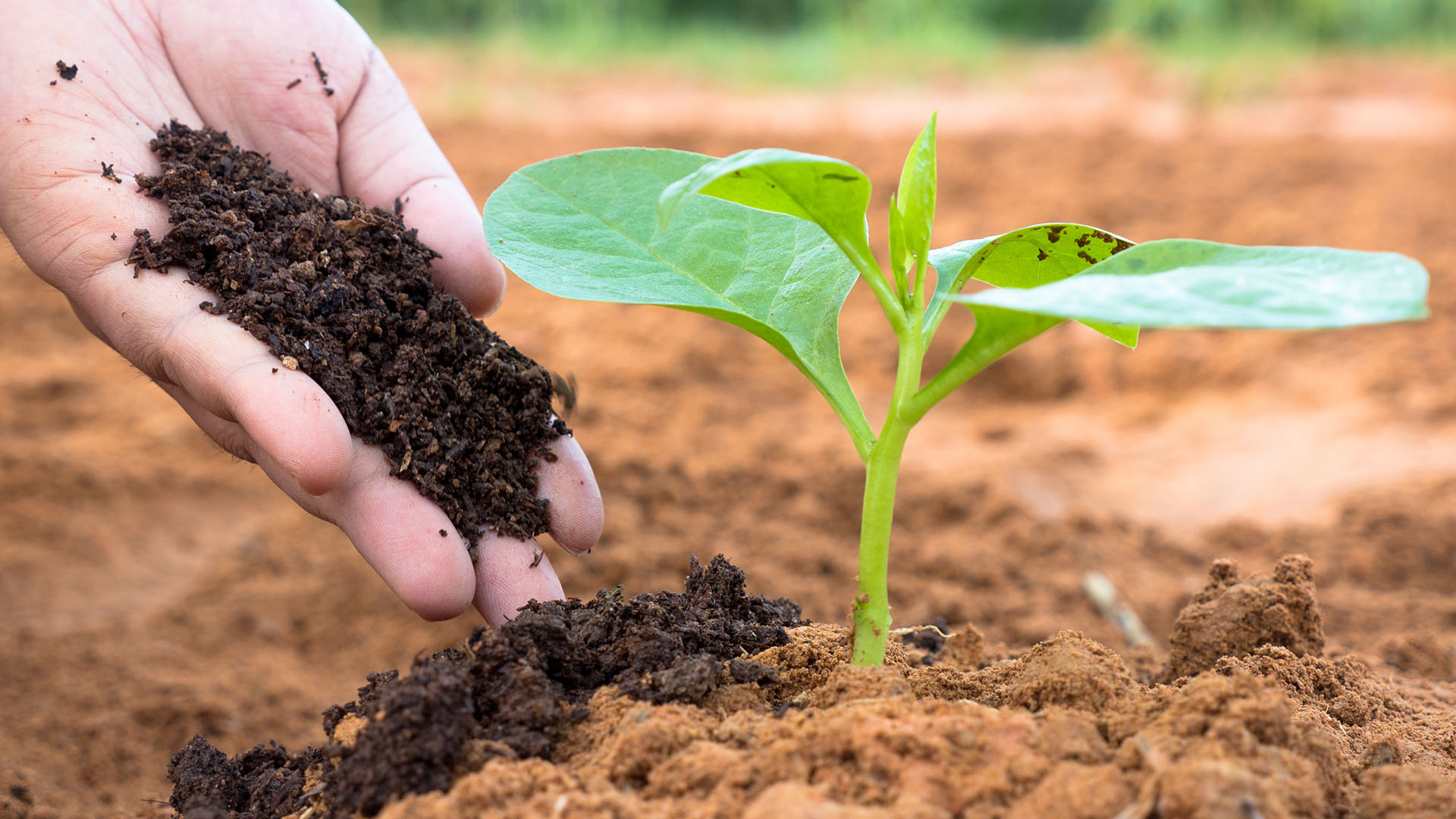 The Center for Water Resources at Florida Agricultural and Mechanical University is involved in several projects dealing with Comprehensive Nutrient Management as part of Best Management Practices (BMPs) in agricultural production. The United States Department of Agriculture (USDA) defines Soil Nutrient Management as managing the application of commercial fertilizers, manure, amendments, and organic by-products to agricultural landscapes as a source of plant nutrients. A common framework for approaching nutrient management is known as the “4 Rs”:

A Comprehensive Nutrient Management should be accompanied by proper water management and application. The overall objectives of soil nutrient management are to:

Problems associated with over application of fertilizers include: 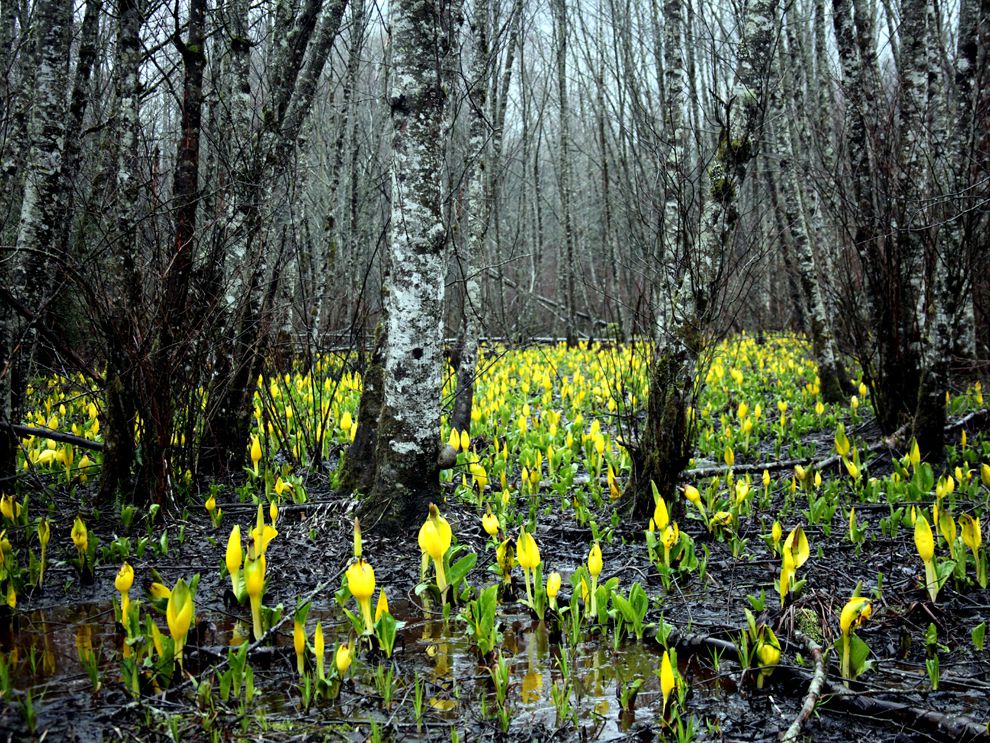 The Wetland Ecology Laboratory (WEL), led by Prof. Yuch-Ping Hsieh, has a wide range of resources necessary to conduct soil, water and air quality research. Field equipment to collect soil and sediments (e.g., Russian corer), water and atmospheric particulate matter PM2.5 (e.g., air sampler) are available. Sample processing equipment in the laboratory includes a centrifuge, a UV digester, a heating block and a horizontal furnace. The WEL is capable of measuring physico-chemical characteristics like loss on ignition, moisture content, bulk density, pH, particle size distribution, and total carbon, nitrogen and sulfur in soils, sediments and other solid samples. The WEL can also measure water isotopes (expressed as d18O and d2H) in samples like rain, natural surface waters, porewaters and groundwater samples. PM2.5, CO2 and CO concentrations in the collected atmospheric particulate and gas samples can also be measured. In addition, Prof. Hsieh had developed the Multi Element Scanning Thermal Analysis (MESTA), a simple and direct method to determine the thermal stability profiles of the carbon, nitrogen and sulfur in a wide range of samples, like soils, sediments, biochar, crude oil and PM2.5

FAMU Aquatic Ecosystems/Entomology is associated with the College of Agriculture and Food Sciences located at Florida A & M University in Tallahassee, Florida. This site helps share information from a number of different programs located at the university including portions of the Center for Biological Control, the Laboratory of Aquatic Entomology, general research programs associated with agricultural entomology. Florida A & M University is also home to the W. L. Peters Aquatic Entomology Research Collections recognized by the National Science Foundation, the Florida Department of Agriculture and Consumer Services, the Florida Department of Environmental Protection and specialists from around the world.

Along with ongoing research, the entomology program provides both professional CEU credits during annual Field Day workshops and volunteers at both schools and other organizations where the importance of insects to our world is communicated to both young and old.

The research focus in the Forestry and Natural Resources program is on examining and understanding the economic, social, and environmental impact of human use with rural and urban forests.

For more information about the program contact:
Dr. Alfredo B. Lorenzo
alfredo.lorenzo@famu.edu 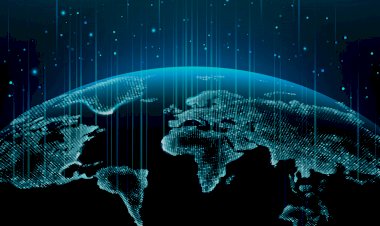 Geospatial technologies (GT) have become an integral and pervasive element of our modern world. Nearly all human activities and natural processes have a spatial or geographic component. GT are the technologies that combine geographic location with digital analytical capabilities to produce actionable information. They include satellite- and land-based positioning systems, satellite and aerial remote sensing systems, and computer based geographic information systems (GIS). The Center for Water Resources has active and ongoing GT efforts in both research and outreach/extension activities.

Phytoremediation is the direct use of living plants for in situ remediation of contaminated soil, sludges, sediments, and ground water through contaminant removal, degradation, or containment. Growing and, in some cases, harvesting plants on a contaminated site as a remediation method is an aesthetically pleasing, solar-energy driven, passive technique that can be used to clean up sites with shallow, low to moderate levels of contamination. This technique can be used along with or, in some cases, in place of mechanical cleanup methods. Phytoremediation can be used to clean up metals, pesticides, solvents, explosives, crude oil, polycyclic aromatic hydrocarbons, and landfill leachates. Phytoremediation has been studied extensively in research and small-scale demonstrations, but full scale applications are currently limited in number. Further development and research of the mechanisms described below likely will lead to wider acceptance and use of phytoremediation. Phytoremediation is a general term for several ways in which plants are used to remediate sites by removing pollutants from soil and water. Plants can degrade organic pollutants or contain and stabilize metal contaminants by acting as filters or traps. Some of the methods that are being tested are described below.

Phytoextraction
Phytoextraction, also called phytoaccumulation, refers to the uptake and translocation of metal contaminants in the soil by plant roots into the aboveground portions of the plants. Certain plants called hyperaccumulators absorb unusually large amounts of metals in comparison to other plants. One or a combination of these plants is selected and planted at a site based on the type of metals present and other site conditions. After the plants have been allowed to grow for several weeks or months, they are harvested and either incinerated or composted to recycle the metals. This procedure may be repeated as necessary to bring soil contaminant levels down to allowable limits. If plants are incinerated, the ash must be disposed of in a hazardous waste landfill, but the volume of ash will be less than 10% of the volume that would be created if the contaminated soil itself were dug up for treatment.

Rhizofiltration
Rhizofiltration is the adsorption or precipitation onto plant roots or absorption into the roots of contaminants that are in solution surrounding the root zone. The plants to be used for cleanup are raised in greenhouses with their roots in water rather than in soil. To acclimate the plants once a large root system has been developed, contaminated water is collected from a waste site and brought to the plants where it is substituted for their water source. The plants are then planted in the contaminated area where the roots take up the water and the contaminants along with it. As the roots become saturated with contaminants, they are harvested and either incinerated or composted to recycle the contaminants.

Phytostabilization
Phytostabilization is the use of certain plant species to immobilize contaminants in the soil and ground water through absorption and accumulation by roots, viii adsorption onto roots, or precipitation within the root zone. This process reduces the mobility of the contaminant and prevents migration to the ground water or air, and it reduces bioavailability for entry into the food chain. This technique can be used to reestablish a vegetative cover at sites where natural vegetation is lacking due to high metal concentrations in surface soils or physical disturbances to surficial materials. Metal-tolerant species can be used to restore vegetation to the sites, thereby decreasing the potential migration of contamination through wind erosion, transport of exposed surface soils, and leaching of soil contamination to ground water.

Rhizodegradation
Rhizodegradation, also called enhanced rhizosphere biodegradation, phytostimulation, or plant-assisted bioremediation/degradation, is the breakdown of contaminants in the soil through microbial activity that is enhanced by the presence of the rhizosphere and is a much slower process than phytodegradation. Microorganisms (yeast, fungi, or bacteria) consume and digest organic substances for nutrition and energy. Certain microorganisms can digest organic substances such as fuels or solvents that are hazardous to humans and break them down into harmless products through biodegradation. Natural substances released by the plant roots—sugars, alcohols, and acids—contain organic carbon that provides food for soil microorganisms, and the additional nutrients enhance their activity. Biodegradation is also aided by the way plants loosen the soil and transport water to the area. 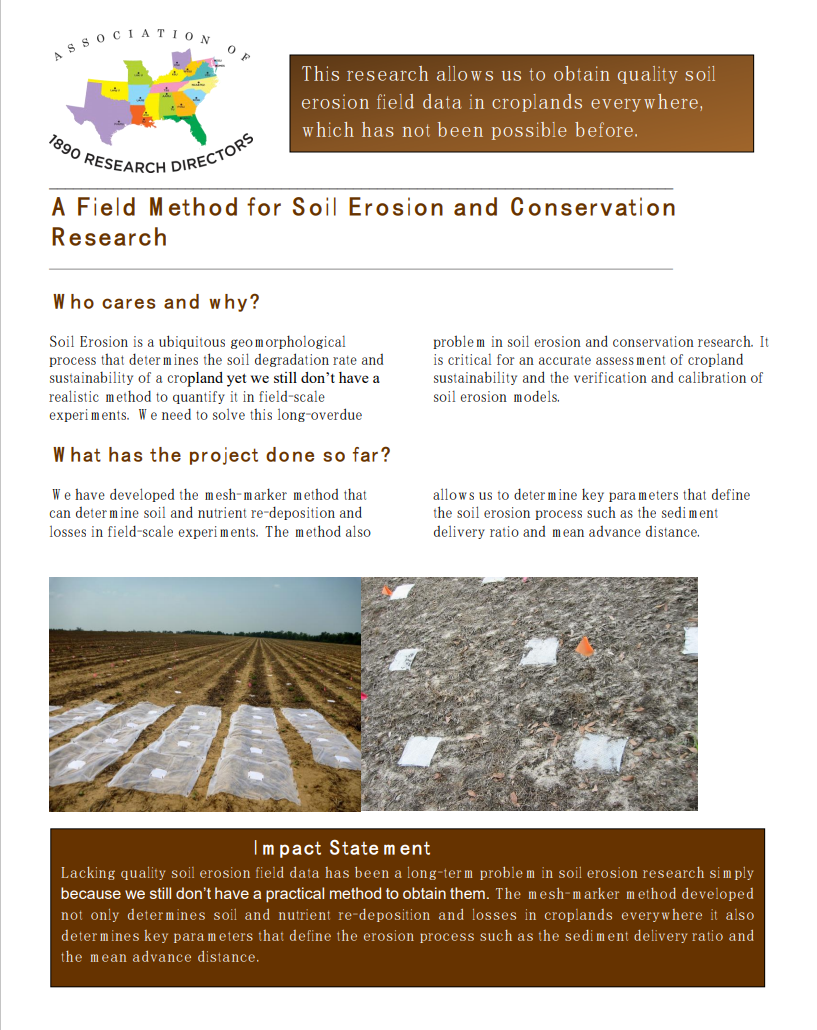 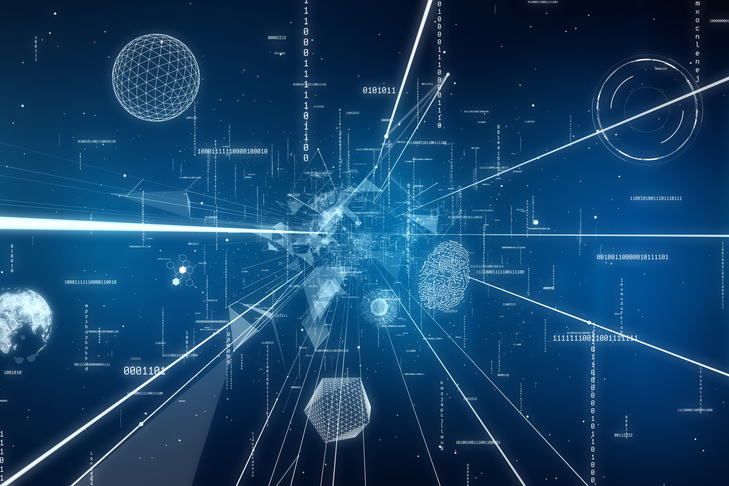 Computer simulation is a useful tool deployed to address biophysical and theoretical systems under different scenarios and predict possible outcomes. Simulations provide, i) risk-free environments to test different scenarios without risking anything, and ii) save money and time. Some of the models used by faculty at the Center include i) Soil and Water Assessment Tool (SWAT), ii) MODFLOW for groundwater flow, iii) Decision Support System for Agrotechnology Transfer (DSSAT) for crop growth simulation, and iv) Leaching Estimation And CHemistry Model (LEACHM). Models for risk assessment of climate change are also used.

Watershed Community Science in the Center for Water Resources

Welcome to the Center for Water Resources Watershed Community Science Project (WCSP). Initial funding for the project was provided by a USDA NIFA 1890 Institution Teaching, Research and Extension Capacity Building Grant. The WCSP is an ongoing project devoted to raising awareness and community involvement in research related to issues in watershed dynamics and management. Currently active projects are described below. Look for new projects soon.